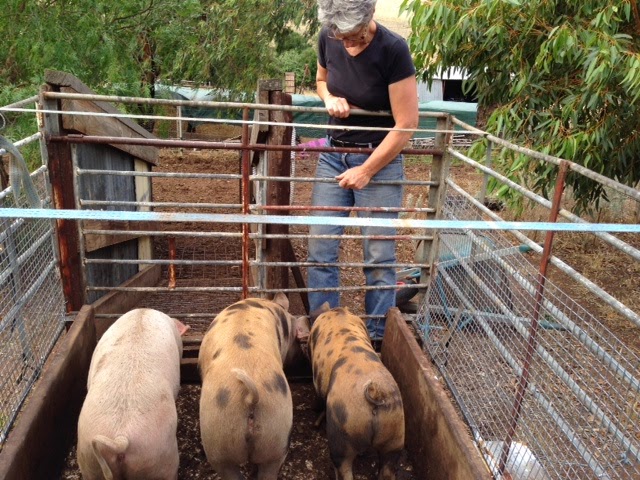 Happy New Year 2015
An update on the pigs. They're now four months old and are large enough to go onto the trailer without squeezing through the gaps.
When we raised our first two pigs way back when (I think six years ago from memory) we had so much to learn. I borrowed lots of books from the library and researched a lot of very useful information on the internet. There was lots of data on feed rations, grain mixes and commercial foods but I wanted to raise pigs the way our forbears did it; on excess milk, kitchen scraps, windfall fruit from the orchard, garden waste and whatever food we could scrounge.
Our first two pigs did so well on this and they grew...... and grew...... and grew. I knew nothing about fat ratios and to my untrained eye they just looked big and meaty. Neither did I know of the procedure for booking them in for butchering so, by the time we waited for a month in the queue they had grown even more!
The day of reckoning arrived. All we had to do was get the two huge pigs onto the trailer.
Ha! The best laid plans......
Brian put together a sturdy looking runway from galvanized iron to move them along to the trailer ramp. He had a large piece of board to push them along and in theory they should have walked nicely onto the trailer.
The pigs behave nothing like sheep. They had other ideas and weighed more than 120kgs each.
With super human strength, lots of sweat and very nearly with broken arms and legs (we humans that is, not the pigs) the pigs ended up on the trailer.
We learned a lot from that first effort and have improved our methods to produce quality pork with better safety and ease of handling.
Before we purchased our next batch of pigs the following year Brian built a strong ramp attached to the pig yard with a gate. This is closed until the pigs are large enough to be trained to walk onto the trailer that we keep in position permanently.
For  a few days we put their food trough onto the trailer so they have to walk on to get their food.   I scatter  a few slices of bread along the ramp until eventually (usually half a day)  hunger wins out and they find themselves on the trailer.
This method has a few benefits; obviously the main one being the stress free loading of the pigs on butchering day.
Raising the pigs is my domain here on our farm so I need to be mindful of these three large animals that love to play and nip at each other while I'm negotiating my way around their yard to feed them, clean the water containers and clean the yard. They enjoy including me in their play and whilst they don't appear to harm each other with their nips and bites I'd rather not be on the end of one of those playful bites!
At feeding time they run onto the trailer and I quickly slide the trailer gate shut, confining them while I do all of the feeding and whatever else needs doing in the pig yard.
I also discovered after a couple of years of pig raising that three pigs are just as easy to raise as two pigs. More pork for our own freezer and more pork to trade with friends.
We purchase the piglets at six weeks old in October each year and usually have them into the freezer in early April. 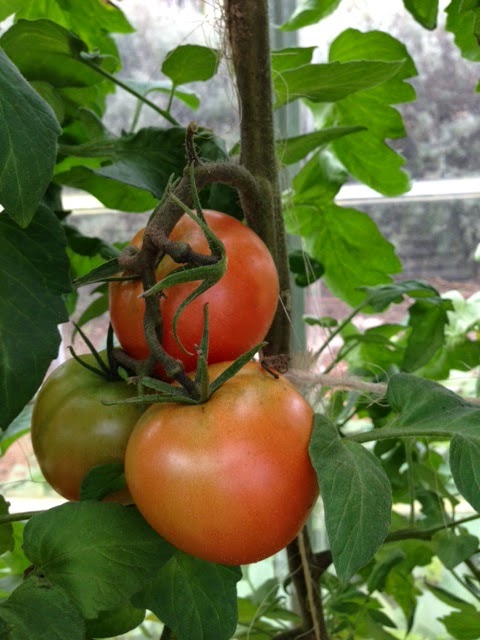 Early tomatoes in the glass house. 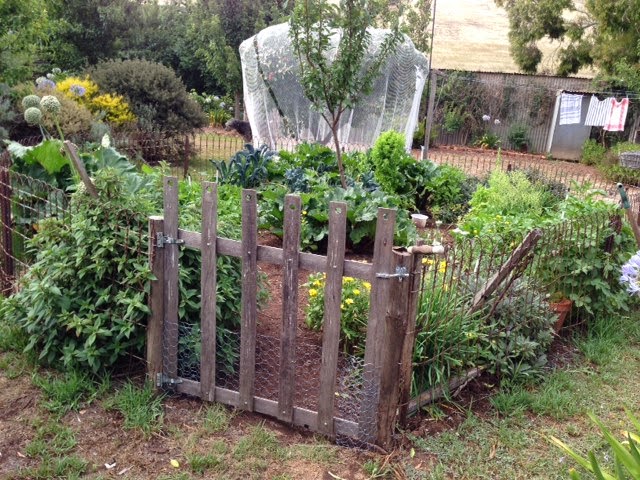 The kitchen garden where lawn used to grow. "Grow food not lawn". 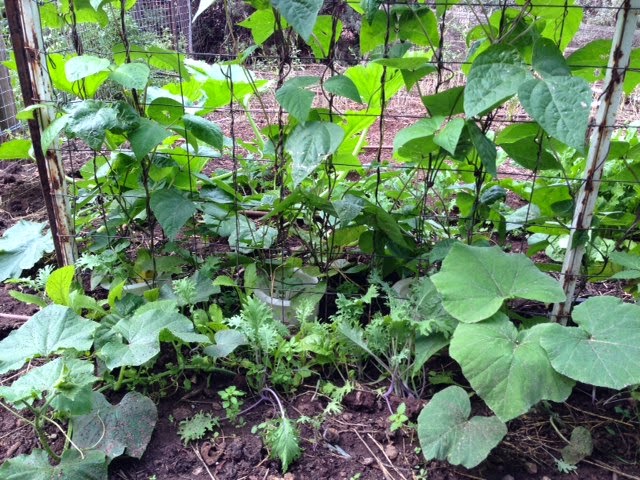 In my quest to outwit the earwigs I held off planting until late October, instead of September, and sowed thickly with lots of different varieties of vegetables. The plan is to give them, the earwigs, so much choice of things to eat they will hopefully leave my cucumber and bean plants to grow.
On one side of the trellis are thick plantings of climbing beans at one end and cucumbers at the other end. On the other side I scattered seeds of kale, chilli, rocket, silver beet, zucchini, lettuce and any seeds I had left over. As they are all planted closely the watering is concentrated in the one area. It seems to be working well, the beans have made it all the way to the top of the trellis and we will soon be picking lots of lovely greens that are growing like weeds.
Harvest time is upon us and almost daily another batch of jam, chutney or sauce is bubbling on the stove, recipes are being swapped and zucchinis are finding their way into everything.  Beware the zucchini. It's the only time of year we need to lock our car doors when in town to collect the mail. Someone is likely to leave a heap of zucchinis on the seat. 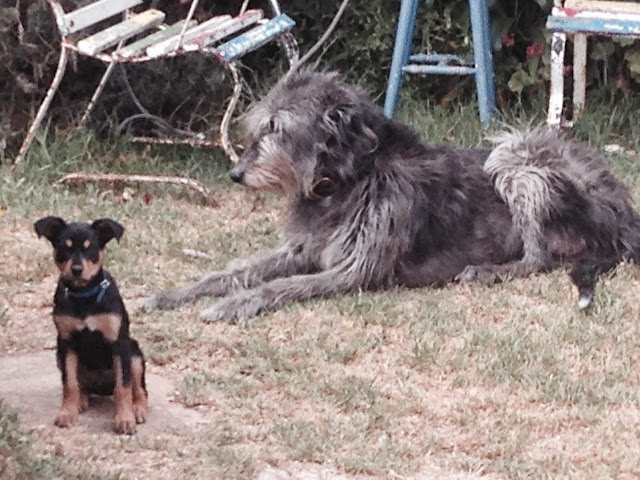 Eight week old Kelpie, Meg joined us in December and was soon best buddies with grumpy old Max. The joys of having a puppy are so many. Yes, she digs holes, runs away with our shoes, and has energy to burn, but it was instant love that will continue to grow and endure throughout our long life together.
Her training is coming along well, such a clever little girl she is, but I could be just a bit biased.
Cheers and thanks for dropping by to the blog.

Posted by Jembella Farm at 21:33 No comments: