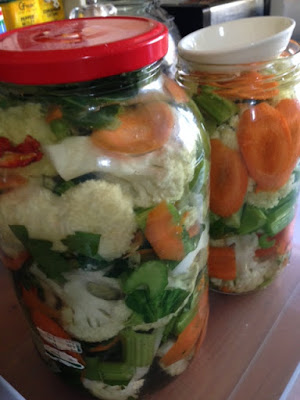 If you're growing your own vegetables you will probably know what I mean when I mention the hungry gap. It's the gap between the seasons when there isn't much to pick to eat from the garden.
When I was the number one veg gardener there was usually a hungry gap once or twice every year, but since Brian took over as head veg grower there is no longer a gap of any description between the seasons.
He had to take over because someone had to be relegated to the kitchen to process all the dairy products and garden produce, and it turned out to be me. No complaints from me though, I love the process of using up what we're producing, plus I get to potter in the garden a bit too.
Brian does nothing by half measures and is a serious vegetable gardener. He grows everything from seeds in punnets in the hot house, before planting out continuously throughout the season at two or three weekly gaps. There is a constant supply of everything seasonal, and this is just how we love to eat. 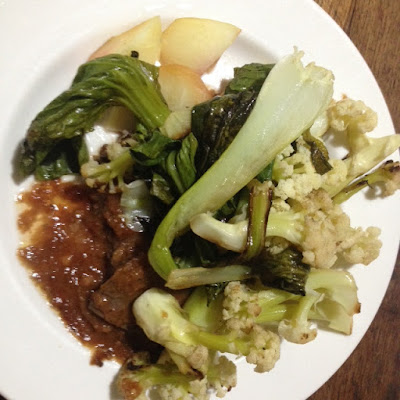 The broccoli have almost finished and the cauliflowers are ready for cutting faster than we can eat them. They're huge too, not the little miniature specimens that seem to be so popular now. We would eat one of those each in one meal!  Did I mention that we are rather large vegetable eaters?
It was difficult to find seeds for large cauliflowers, so Brian resorted to looking on-line where he made lots of interesting purchases very cheaply.
Not every pack of seeds was true to its name though, and we ended up with lots of bokchoi instead of cabbages! 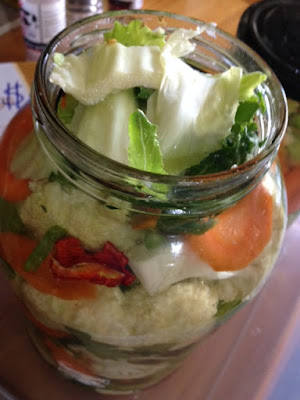 How to use up surplus vegetables?
Well, we eat more vegetables, usually with lunch (soups, vegetable omelette, leftovers from the previous evening meal)  and always lots of veg with, or as, the evening meal. (A small amount of meat with mountains of vegetables, casseroles, soups, stir fries, pies) 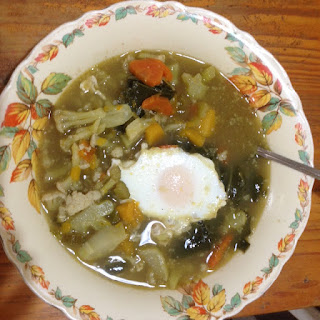 Vegetable juices are being made regularly with the stems and tops that I see other folks throwing away. What a waste! Just add an apple to make a delicious and nutritious vitamin drink.
I'm also making lots of jars of ferments and pickles to put in the store cellar and into the Farm-gate stall.
The above pictures of ferments are almost ready be eaten, and they were really fast and easy to make.
Make up a 5% brine (dissolve 50gms salt in 1 litre of warm water) and leave to cool.
Fill jars with chopped vegetables of your choice, tightly packing as you go. Wedge a dried chilli or two, a few slices of fresh garlic, a small piece of fresh ginger (whatever takes your fancy) in between the layered vegetables to add interesting flavours to your fermented vegetables.
Slowly pour in the cooled brine. Use a few leaves of cabbage, or cauliflower to hold the vegetables below the surface of the brine. Put the lid on the jar and sit the jars inside a container to catch the juices that will escape as the fermentation takes place. Release the pressure inside the jar by removing the lid every couple of days. I keep mine down in the cellar, but a cool cupboard will do just as well. In winter, stand the jars somewhere in the kitchen where the warmer temperature will get the fermenting process started.
They are ready to eat after two or three weeks, but will develop stronger fermented flavours if kept longer. Once they are at the flavour you prefer, keep the jar in the fridge to stop further fermentation.
Barossa Germans and their descendants have been fermenting for generations, bringing us sauerkraut. Other parts of the world have many different types of fermented vegetables, kimchi for example.  We Australians have only recently discovered the powerful goodness of eating fermented foods. 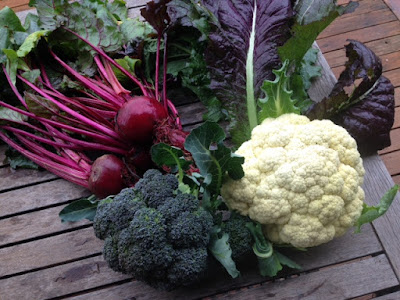 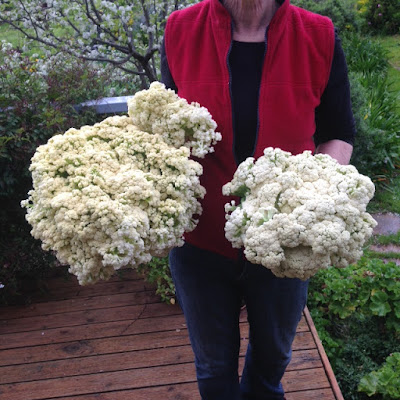 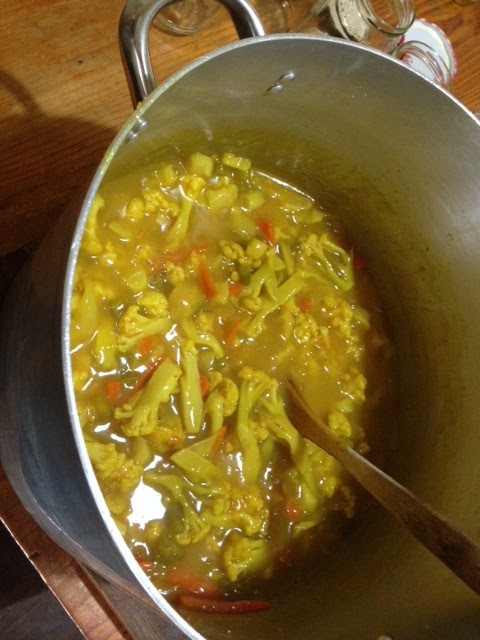 Mum used to make the best Cauliflower Mustard Pickles, so my siblings and I have always made them to the taste we grew up with. Every family has their own recipe and preferences. Other pickles just don't cut it for me. These are sweet and sour and the vegetables retain texture.
It's difficult to share this recipe because it's very much dependent on achieving the correct blend of flavours according to individual taste... a bit of this, and a bit of that.
Today I was weeding the raspberry patch, and couldn't avoid walking past three huge cauliflowers that were shouting to be picked. I put my head down and scuttled past, refusing to listen to their cries. I had weeds to pull, I wanted to be outside in the garden enjoying the damp soil and ease of getting the weeds out, but they could not be ignored, so into the kitchen went we. 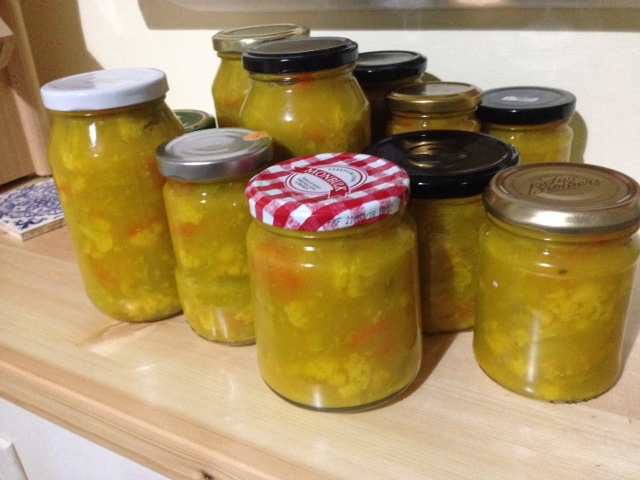 There are still another two huge cauliflowers out there, so I guess the smell of pickles cooking will be wafting through the house again tomorrow.
Do you have a traditional family recipe that is hard to describe?
I'm willing to share this recipe if anyone is really interested, but exact measurements are impossible to give. I still get it wrong and need to tweak and adjust ingredients along the process.
I added too much vinegar to today's batch and had to spoon out two litres into a jug during the cooking process, but I'll use that in tomorrow's batch, so nothing is wasted. 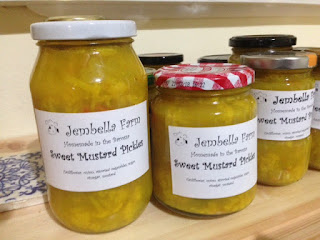 Cheers and thanks for visiting. :) X