June holidays - and changes in routine 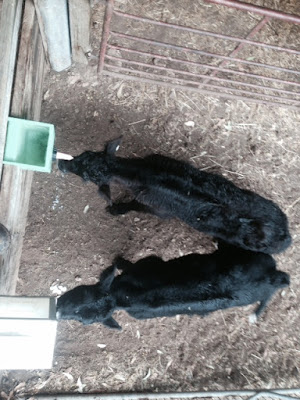 I've had two holidays in the past three weeks. Aren't I lucky?
Eight days spent in Victoria with my daughter and her family, which I wrote about in my last blog. And then another eight days, again in Victoria, with Brian and our Kelpie dog Meg in the caravan.
There was once a time in my life when I would throw a few things into a bag and take off on a whim, but things are very different now that I'm a farmer!
The planning required to take some time away from home takes considerable effort these days.
When I traveled alone for the first of my breaks this month, I had Brian at home to take over my tasks, but he also needed to go to work and do all of his farming jobs as well. I knew he was going to be very busy so I adapted some routines before I left so it would fit easier into the time he had available.
My routine that works best for me is to milk the cows in the morning now that they are down to once a day milking. This doesn't suit Brian's tight morning schedule, so I changed them to evening milking two days before I left him in charge.
To change a cow's routine can be done quite easily, and is best if it is done over a couple of days.
So if I want to change from morning milking to evening milking, I will count back two days before I want them settled into the new routine.
For example, if I want them settled into evening milking by the day I'm leaving home, (Monday) I will milk them as usual on Saturday morning and then again in the evening of the same day. There will be little milk, but it shows them the start of the new routine.
On Sunday morning I leave them in the paddock. They come to the gate because they are used to their old routine, but I give them a bit of hay and leave them alone.  On Sunday evening I bring them in for milking.
So by Monday, when Brian takes over, the cows will be accustomed to coming in for milking in the evenings.
Of course this will work only if the cows are being milked once a day, which, depending on the cow, will be at least four months after calving  in some cases, earlier if they have their calf running with them.
When I returned from my solo holiday I changed the cows over to morning milking again over a period of two days.
Non cow people will be well glazed over by now. You can skip the cow stuff. ;)
We have two calves that I'm bottle feeding, as you know, so the feeding of them adds to the mix as well. So, they get fed at milking time with the milk that is warm and fresh from the milking bucket, poured into their Calfeteria milk feeders. Their other feed at the other end of the day, is milk that we have saved from the last milking. Warmed up a little on the stove and fed to the calves in their feeders. So, I'm still going to the dairy and yards twice a day, but am only milking once each day. 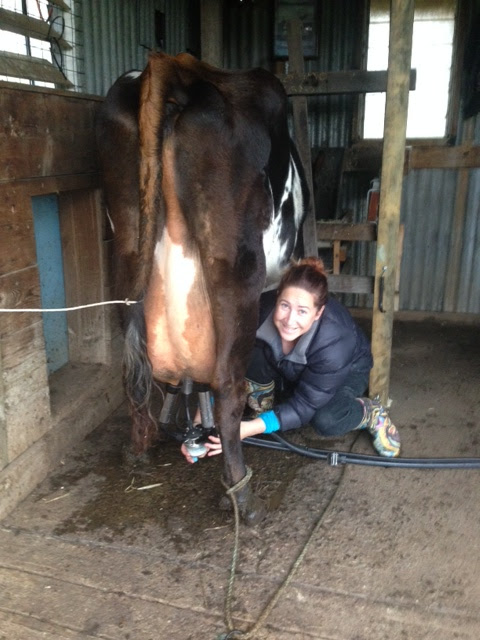 But what happens when Brian and I both take some time away from home?  We are so very lucky to have our friend Meg step in to milk the cows.
Over the past month Meg spent a few mornings here with me, learning the ropes, after delivering her three children at school. A very quick learner, with a natural aptitude with cows, she was confident to take over in a very short time. Most importantly, I was totally at ease with leaving her in charge.
Meg loves making cheese, so she was happy to do our milking in exchange for the milk. She fed the calves their milk in their feeders each morning, but as both calves are nine and ten weeks old now, and there is plenty of grass in the paddocks we decided to skip their evening feeds.  Had the calves been any younger, Meg would have gladly returned each evening to warm the milk and feed them a second feed. 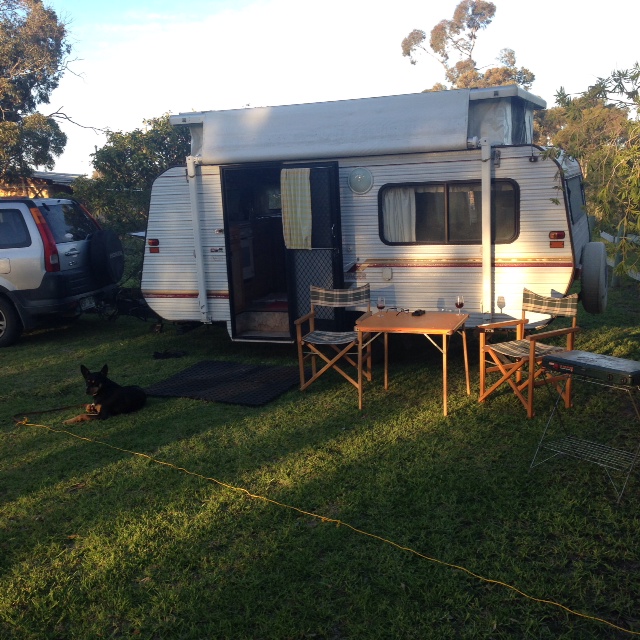 We went to the Casterton Kelpie Muster, in Victoria, over the June long weekend, with a visit to my sister in Winchelsea added onto the end. More about the Kelpie Muster in my next blog.
Brian's two sons came to our assistance as well, dividing the other animal feeding chores between themselves, and generally keeping an eye on things.
The farm-gate shop was closed for the duration of our holiday, with eager customers lining up this morning to replenish their honey and produce when I restocked and opened up again.
Lots of rain has fallen in our absence, leaving the paddocks looking green and healthy, and with lots of weeds to be dealt with in the gardens.
It's lovely to be home again, with no plans to go anywhere for the next few months.

Are you confused? Our Kelpie dog is named Meg and our friend who milked the cows is also named Meg. ;)