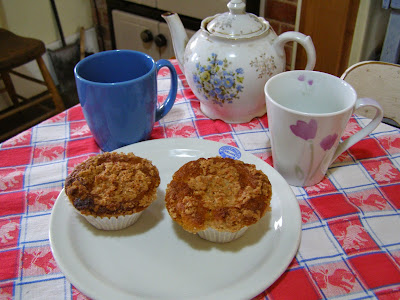 Today I went to the supermarket. This is not something I do every week, or even every two weeks. I go when the list on my fridge starts to contain things that I really need to have before I can cook another meal.
So it's been approximately three weeks since my last shop at the supermarket.
I was flabbergasted to be standing in line behind a young woman who was doing her fortnightly shop. She had two monster trolleys and into them she had loaded more than four huge packs of  disposable nappies, chocolate bars, jars of meal base mixes, packets of biscuits, chips, sugary fizzy drinks, some trays of plastic wrapped meat, boxes of breakfast cereal, shampoos, soaps, liquid washing detergent, but hardly any vegetables.  Her and the checkout lady were chatting about "well... it was a two weekly shop and therefore is bound to be big."
There was I with a small bundle of items in my trolley that wasn't even going to fill two shopping bags and my eyes were goggling. As I stacked my things on the counter I sneaked a look at the monitor to read the total of her shopping. $639..!!! She didn't flinch. It's all the shopping for two weeks, of course it's going to be big!
This is entertainment for me. Obviously I need to get out more.
Is this for real? Is this what people buy and do they spend this much on their food and necessities out there in the real world?
She, and her family, are spending per week, equal to half of my wage on their food and household things.
I wouldn't mind betting that she wonders why they just can't get ahead, save any money or pay off their mortgage.
As I became included in the end of their conversation I couldn't resist making a comment that this is my three week shop. I didn't want to sound smug, but I just couldn't let it pass. For two of us plus two teenage boys who eat with us two nights per week my shopping totaled $38.75.
A conversation followed as she asked how I could do that, so I told her that I cook from scratch, make our soaps, shampoos, washing detergent, grow a garden, have a few chooks and generally live sustainably.
Their jaws dropped & both agreed that they would love to know how to do that.
OK to be fair, she probably doesn't have a cow in the back yard to supply all of her family's dairy foods. Nor would she have a few sheep and cattle in the paddock to supply their own meat, but anyone can learn how to cook a few basic things to feed a family healthy food on a realistic budget.
I don't want to start a rant about disposable nappies being a huge waste of money. That is already clear to everyone and I don't need to talk about the environmental effect of their disposal.
Is she the norm?
I wonder if she, and others like her, would really be interested to know how to save money, have more control of her family's future and eat healthy food. 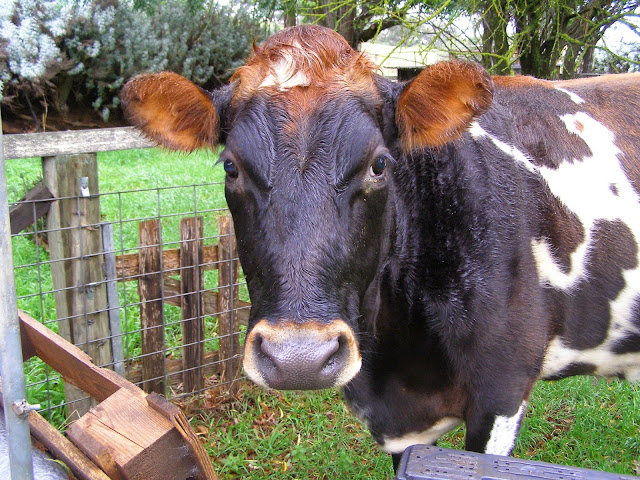