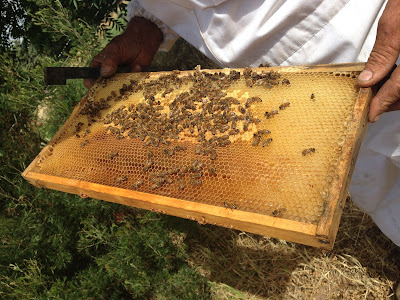 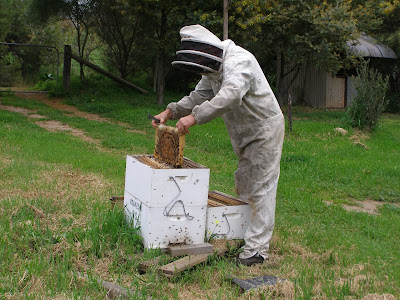 "BEEKEEPING FOR BEGINNERS WORKSHOP @ Jembella Farm
Sunday September 18th 2016
Learn how to; Set up a bee hive, Catch a swarm of bees, Maintain your bee hive health, Extract Honey, and loads of information about keeping a beehive.
9am until approx 3pm-4pm.
$100 per person includes morning tea and lunch.
Please register by sending a text message to 0473 493413
Include your email address so we can send you an email to confirm your place.
This will be a fun day with an opportunity to get close up with bees, (depending on weather conditions), network with other budding beekeepers, learn years worth of information from Brian, the bee Guru, ask questions and participate in lots of discussion."
(The write up in our local Facebook classifieds page.)

Bees, bees bees.
So.... this is what we're up to at the moment. There's a bit of planning to be done, emails to respond to, deposits to be received, a menu to be decided, and a schedule to be written up.
The shearing shed will be spruced up to accommodate participants, the "functions" cups and plates will be retrieved from the cellar, the urn cleaned and a general tidying up will happen. The grass will probably get mowed too!
So many folks have been asking us about bees and how to get started, it's time to do a workshop.
You may not see me very much over the next few weeks, but I'm here, busying about happily planning an event. What fun it will be.
Cheers! 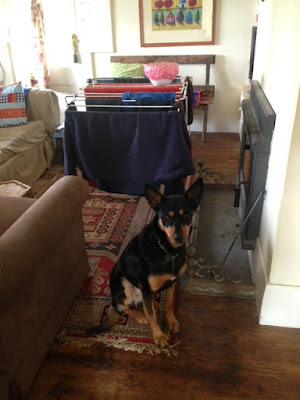 After a few warmer spring like days, we've returned to wintry weather, rain and cold winds, much to my delight. I'm dreading the hot summer days, so these days of loading more wood onto the fires, drying the washing by the fire, gardening without flies, and stockpiling the freezers with baked goods, are heaven to me. 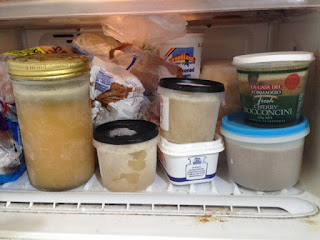 There's a one year old steer walking around the paddock which is booked in for butchering next week. I was losing sleep over how I was going to fit all that meat into the remaining space in our three large chest .freezers. Yes, I really was waking in the night and worrying about it!
So, in for the challenge went I.  With head down and bottom up, there were packages of meat, frozen tubs of cream, vegetables, and curious bits of jetsam (from flotsam and jetsam?)  flying from the freezer into the washing basket.  Everything was moved around, many bags of frozen "stuff" was cooked or used up, and I'm pleased to say that nothing was thrown out.  Well, actually, there was one bottle of Daisy's colostrum in the depths of one freezer, from two calvings ago. Kept to raise brought in calves, but never needed, so that got tipped into the compost heap.
The numerous plastic bags of bones labelled "bones for making bone broth" were tipped into my biggest stockpot with a splash of raw apple cider vinegar and Himalayan pink salt to simmer on the wood stove for a day and a night to make a fresh stockpile of Bone Broth. that I wrote about in a previous post.
After straining and putting in containers, the space required for storing it in the small fridge top freezer was far less than all those bags of bones, and I'm fully stocked up with tasty stock for another few weeks. 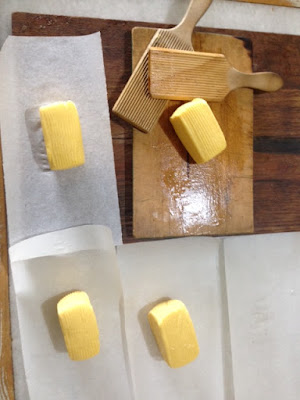 And all of those little containers of Lavender's cream that I've been saving to make big batches of butter, have become butter.  Many batches of butter!
Now that we have only one cow, I need to think forward to the two months that Lavender will not be producing milk during the weeks leading up to her next calf due in December.
So I'm making a stockpile of butter to get us through those weeks.
It keeps well in the freezer if it is packaged well. 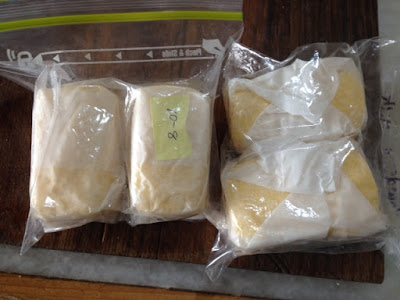 Don't ever try to vacuum seal freshly made butter. You will end up with flat pats of gooey muck oozing from the vacuum sealing machine. A little like that lovely fresh cake I tried to vacuum seal once before... it went as flat as a pancake with all the air sucked out of it.   Oh well, we live and learn. So, place the packs of butter into the freezer in airtight bags until well frozen. 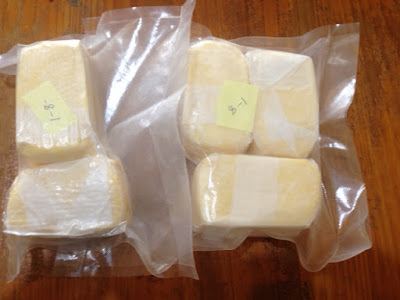 Once frozen, seal the butter in vacuum seal bags and put back in the freezer.  These bags had been used before for freezing something, washed out well and are perfect for using again.
Butter stored like this will stay as fresh as the day it was made for more than six months.
I don't want to buy shop butter during the time we're not milking Lavender.
Here's how to make butter that I wrote about some time ago.
All that moving stuff around, and making into produce that takes up less room to store I was able to squeeze everything into TWO freezers. Yes.... one freezer has been emptied out, turned off and cleaned out..!!
OK that may not be as exciting for you as it is for me, so I'll restrain myself now. 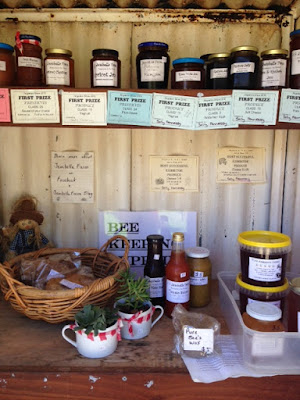 Still having lots of fun playing shops with the farm gate shop. 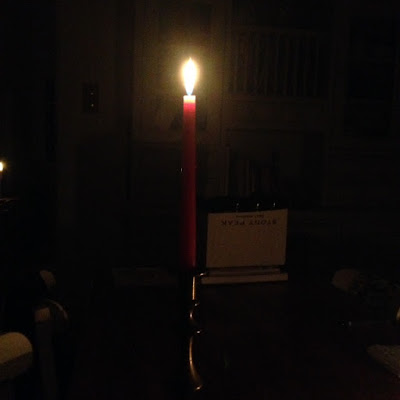 Power outages are becoming more regular in our area, and just as I was telling a friend that, so far, we haven't been affected, the power went off.
Fortunately the milking had been done an hour earlier, and with our wood heater and kitchen wood stove, we weren't impacted beyond living in darkness for three hours.
I made banana pancakes and we ate them by candle light with honey and fresh cream.
I hope all is well wherever you are, and thanks for visiting.
X
Posted by Jembella Farm at 15:59 19 comments: